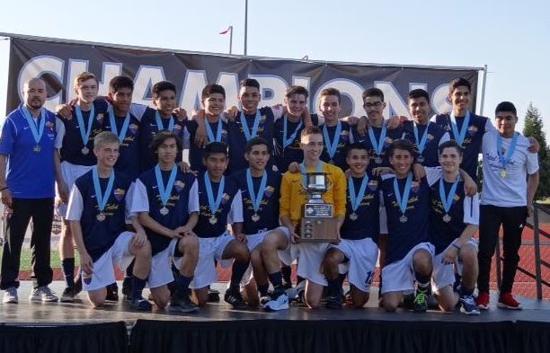 TFA Willamette's U11-U18 Competitive soccer teams train in Albany, Oregon, and compete at the state level through the Oregon Youth Soccer Association. These teams will also play in selected tournaments throughout the course of their 8-months of play.

This 8-month commitment for our U11-U14 teams includes two 8-game league seasons (Mid July-Mid Nov. & Feb.-May) with 2 practices per week, competition in State Cup or Presidents Cup, and additional tournaments in May, Late July, and August or friendly games. Through our "Open Play" program, though, players may train up to 4 days a week at no additional cost.

Due to the High School Season in the fall, our U15-U18 Competitive teams only play 6 months (Dec.-Mid. June; 2-week winter break) including one 10-game league season (January-April), State Cup or President's Cup (April-May), and 1-2 additional tournaments (May-June). Our high school teams will practice 2-3 days per week.

Since our players have the opportunity to get in up to 125 training days and over 25 games during these 8 months. Our club tries to take the month of June OFF (i.e. no tournaments) whenever possible to avoid player burnout and allow for quality family time. Please keep in mind that this is not always possible, particularly with our older teams who may be competing in regionals or College Showcases at this time. If you are committing to a team competing at these levels, you are committing to participate in these events.

We are always looking for players who have a passion for the game, a great work ethic, and a competitive nature. If you are interested then we will provide you with a trial opportunity where you will be evaluated by the coaching staff to determine if this is the right opportunity for you. Please contact the Director of Coaching, Logan Hoffman, at Logan@TFAWillamette.com.