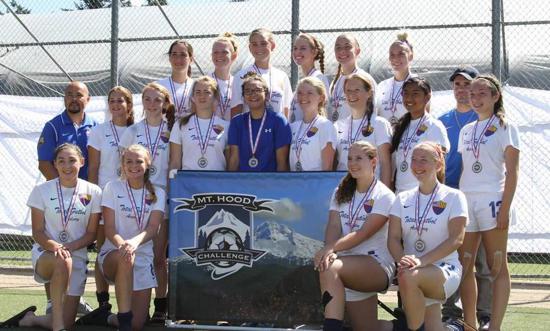 At the U15-U19 age groups, our TFA North players are fully integrated with teams from the parent club in Albany, OR. To help limit practice commutes/travel for families, players coming from our TFA North region will have the option to train one day a week at Central High School as a group as an alternative to attending one of the two team practices.

TFA Willamette U15-U19 Competitive soccer teams train in Albany, Oregon, and compete at the state level through the Oregon Youth Soccer Association. These teams have team practices 2 days per week along with optional Striker School, GK Training, and Fitness Friday sessions, allowing our players to train up to 4 days a week along with weekend games.

Due to the High School Season in the fall, our U15-U19 Competitive teams only play 7 months (Dec. - June; 2-week winter break) including one 10-game OYSA State League season (January-April), State Cup or President's Cup (April-May), and 1-2 additional tournaments (May-June). Home games for all competitions will be played in Albany with away games played all around the state.

Want to experience a whole new level of competition and soccer training that will push you to be the best player you can be? Mark your calendar for Tryouts in November 2018!

WHO: Boys and girls in high school; Teams divided by gender and play in gender-specific leagues.

LOCATION: Practices in Albany w option to train once per week in Independence/Monmouth with other U15-U19 players from the area to help limit travel. Home Games in Albany, OR with away games around the state.

LEAGUES/GAMES: Play in the OYSA State League; Games on Saturdays and Sundays from January - April